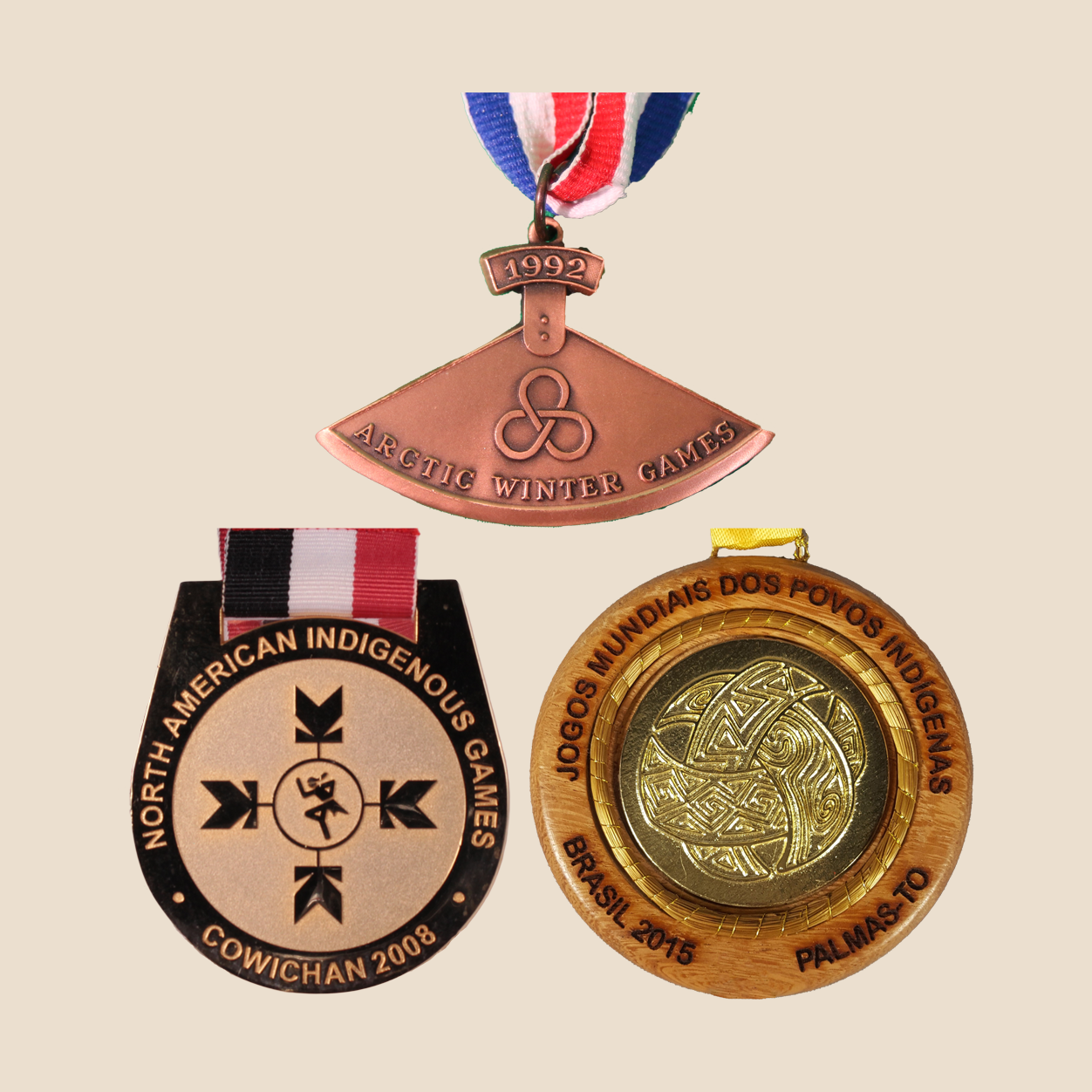 The Arctic Winter Games (AWG), North American Indigenous Games (NAIG), and the World Indigenous Games are unique sporting events because they bring together sports and culture to celebrate Indigenous cultures that promote reconciliation through sport.

At the first-ever Canada Winter Games in 1967 at Quebec City, officials from the Yukon and the Northwest Territories realized the unique challenges faced by Northern athletes. They proposed a winter games competition where athletes from the circumpolar North could compete on their own terms. Yukon, the Northwest Territories, and Alaska founded the Arctic Winter Games Corporation (AWGC) in January 1968. The Arctic Winter Games are truly an international and cross-cultural event. Events are open to competitors from circumpolar regions of the world located north of the 55th parallel such as: Nunavut, Northern Alberta, Northern Alaska, Finland, Greenland, Norway, Russia, Sweden, and others. The many cultures represented at the AWG can be seen in the ceremonies, dances, and music that are part of the experience.

Top athletes in traditional games and in the mainstream sports such as volleyball, ice hockey, and curling are awarded gold, silver, and bronze ulus. The ulu, a traditional knife used by the Inuit and is the chosen design of the Arctic Winter Games medals because it reflects Northern lifestyles and traditions. It also represents the symbolic value of winning an event for the winner’s home community.

The Arctic Winter Games are a celebration of sports, and culture that create awareness on cultural diversity. These Games are both a sport competition and a cultural festival with competitors from the circumpolar regions. In 2020, the fiftieth anniversary of the Arctic Winter Games were scheduled to be held in Whitehorse with over 2,000 athletes, but were cancelled due to COVID-19. 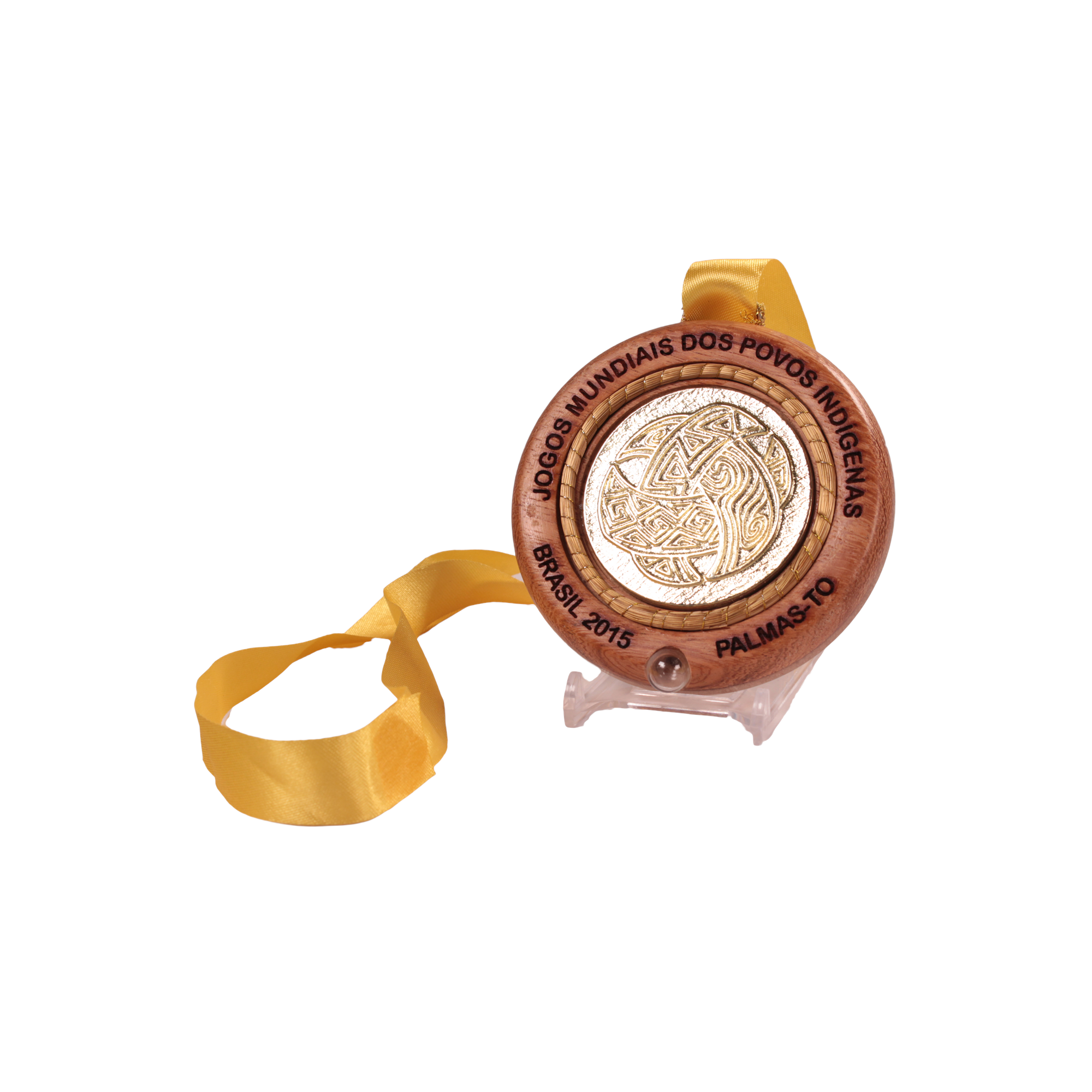 Medal from the first 2015 World Indigenous Games held in Palmas, Brazil. The plastic vessel on the bottom contains a drop of water from the Amazon River, while the engraved wood represents the Amazon rainforest. Courtesy of Chief Wilton Littlechild

By 1977, the Arctic Winter Games were well on their way to becoming a staple on the world sporting calendar. However, Chief Wilton Littlechild had a bigger dream. He wanted to create a multi-sport event that would celebrate the world’s many Indigenous cultures. He proposed an international Indigenous Games event that would include a strong cultural component. Chief Littlechild’s idea for the World Indigenous Games was passed unanimously at the 1977 Annual Assembly of the World Council of Indigenous Peoples in Sweden. His dream was not realized until nearly forty years later. In between this time regional events such as the North American Indigenous Games took place.

The first North American Indigenous Games (NAIG) were held in Edmonton, Alberta in 1990 featuring 3000 athletes from all over Canada and from the U.S. The NAIG have taken place in both Canadian and American cities with thousands of athletes taking part in several mainstream and traditional sports, such as swimming, rifle shooting, canoeing, and lacrosse. The NAIG also offers an opportunity for cultural exchanges and celebrations. The cultural festival and Indigenous marketplace at the NAIG provide opportunities for athletes, volunteers, and the public to learn and celebrate the cultures of various Indigenous communities.

It’s a beautiful celebration of culture, music, sport, dance in the spirit of competition,” said Kevin Sandy, CEO of 2020 NAIG. “It is also infused with the cultural side of it. That’s really what the Games represent to me. “The spirit and beauty of who we are as Indigenous People from across the world.”[1]

The thirtieth anniversary of the North American Indigenous Games was scheduled for July 2020 in Halifax on Mi’kma’ki territory, with 5000 expected participants competing in 17 sports, but were cancelled due to COVID-19.

The three Games described above are important because they combine sports with the physical, social, cultural, and spiritual significance to uplift communities and celebrate their strengths.