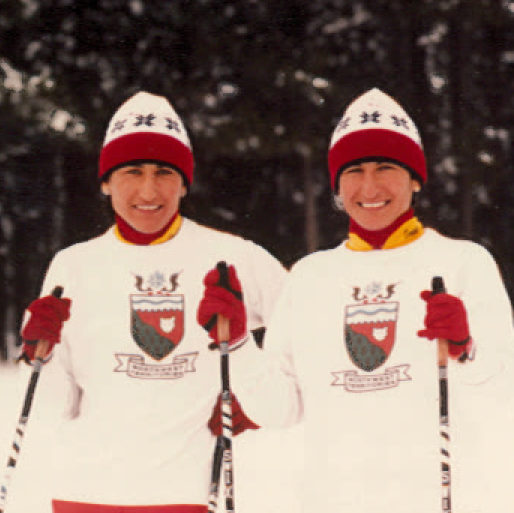 Sharon Anne and Shirley Anne Firth applied the lessons they learned while living a traditional Gwich’in way of life with their family to achieve monumental success with the National Cross Country Ski Team. They competed in four World Ski Championships, four Olympic Winter Games (1972, 1976, 1980, and 1984) and were members of the National Cross Country Ski Team for an unprecedented seventeen consecutive years.

The Firth sisters together accumulated 79 medals at the national championships, including 48 national titles. Their athletic accomplishments remain unprecedented in their sport, and nobody in Canada has come close to accumulating these numbers. They were inducted into the Canadian Ski Hall of Fame in 1990, the Northwest Territories Sport Hall of Fame in 2012, and Canada’s Sports Hall of Fame in 2015.

Following their outstanding athletic careers, Sharon Anne devoted her time to work as a Youth Programs Advisor for the Government of the Northwest Territories. At the same time, Shirley Anne went to live in Europe, where she raised a family and lectured on the Dene and Inuit cultures in Europe working with various Canadian Embassies and Universities. When Shirley Anne returned home to the NWT in 2004, the sisters reunited and worked together teaching Indigenous youth about sport, goals, leadership, and responsibility.