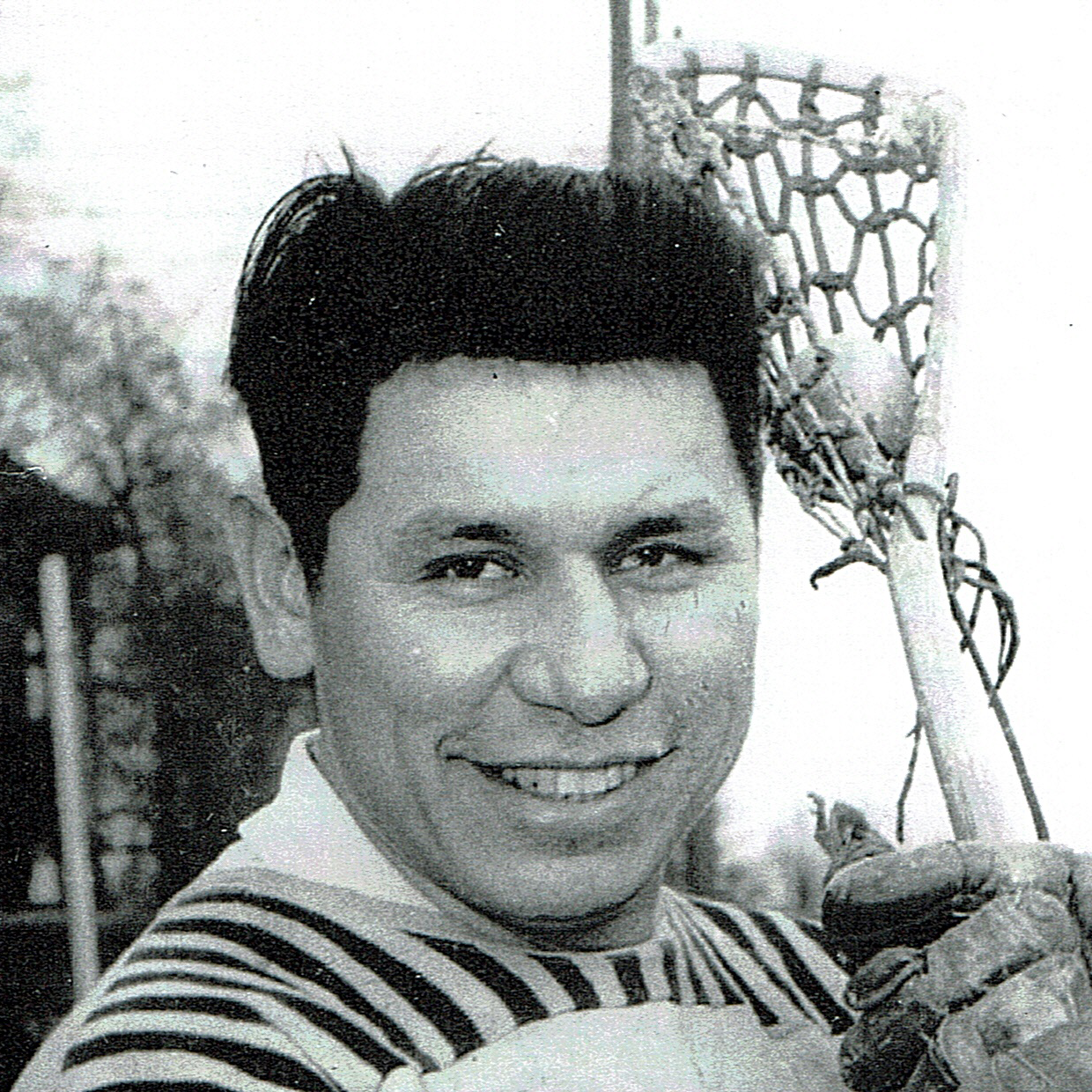 Ross Powless is considered one of the best lacrosse athletes and is known as the father of modern lacrosse. As a player for the Peterborough Timberman, Ross led the team to three consecutive Mann Cup victories awarded to the senior men’s box lacrosse national champions between 1951 to 1953. In the 1953 Series, Ross was awarded the Mike Kelley Memorial Trophy, recognizing him as the Most Valuable Player in the playoff series.

For two consecutive years, 1951-1952, Ross Powless won the Tom Longboat Award, recognizing him as Canada’s outstanding Indigenous athlete. From 1956 to 1958, as both a player and coach for the Hamilton Sr. A Lacrosse Team, Ross won every Ontario Lacrosse Association trophy he qualified for including the Most Valuable Player, Best Defensive Player, Top Scorer and Coach of the Year.

Following his playing career, Ross Powless coached various All-Indigenous teams to three national championships, including coaching six of his sons to a North American Indigenous Lacrosse Championship in 1974. He is also an Honoured Member of the Brantford and Area Sports Hall of Recognition, The Canadian Lacrosse Hall of Fame in 1969, and Canada’s Sports Hall of Fame in 2020/21.

His lifetime of involvement and contribution to the game has honoured his family, his community, his culture, and left the legacy of the sport stronger for future generations.