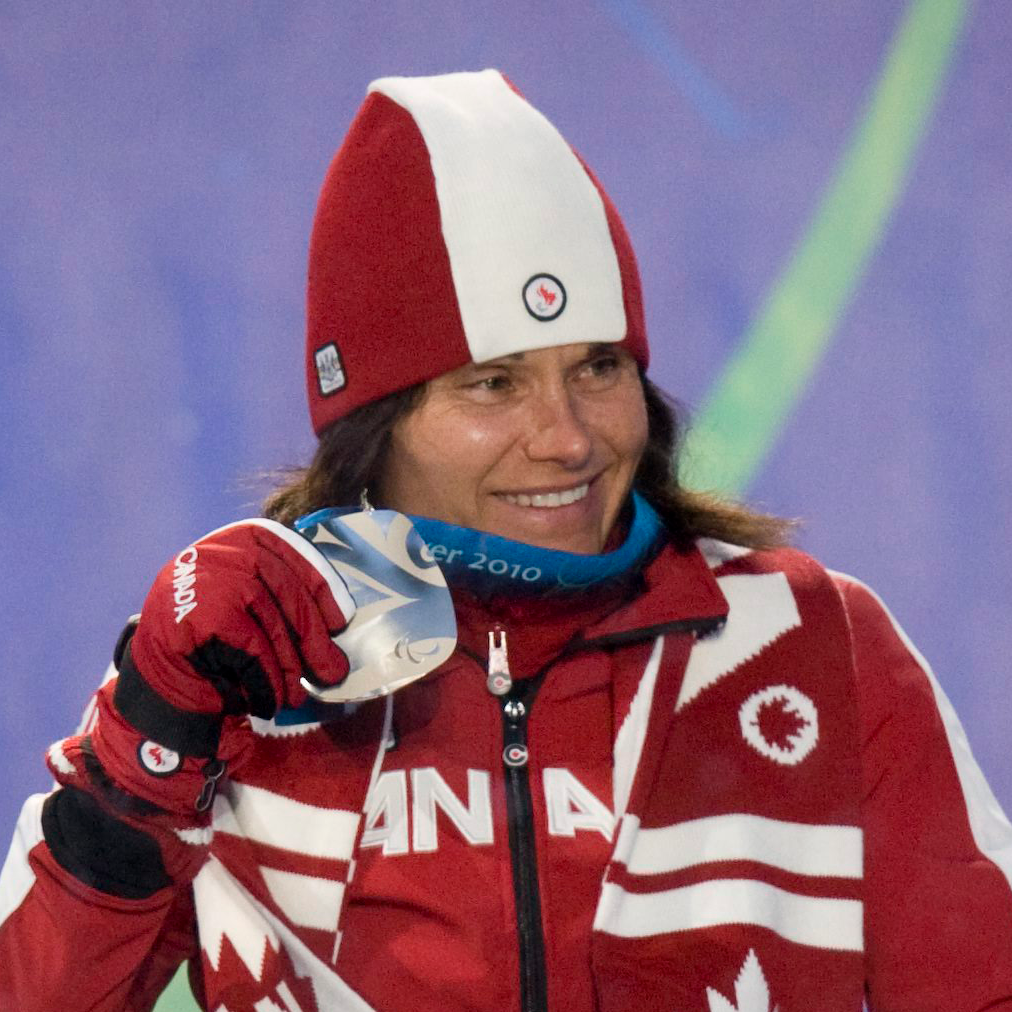 Sometimes it takes a special individual to step up, push through a barrier; to show others what can be achieved in the face of what seems insurmountable. Who could predict that a small-town Saskatchewan girl by the name of Colette Bourgonje would be one of those persons? Her strength of character and perseverance in the face of tragedy would inspire a nation and make her one of Canada’s most celebrated Paralympic athletes.

Colette, of Métis ancestry, grew up in the town of Porcupine Plain in the northeast parkland area of the province of Saskatchewan. Colette’s winning spirit began at a young age. Like many other elementary school students, she loved running and playing soccer during recess with her classmates at school. By the time Colette reached high school, her passion and participation in athletics grew to include most sports; playing basketball, football, ice hockey, and cross country running to name just a few. In the words of her brother, “it did not matter what she played; she was the best at it.” The Whang Youn Dai Achievement Award is given to one female and one male athlete at each Paralympic Games, selected from six finalists who are recognized for their fairness and honesty in athletic competition. Colette Bourgonje won this award at the 2010 Paralympic Winter Games in Vancouver.
Courtesy of Colette Bourgonje

As time went on, Colette’s talent for running was clear, and before long she became a fixture on the cross country running circuit competing at events across Canada. At the start of grade 10, Colette set two big goals for herself. She would commit to training hard to see where her talent and ability in running would take her and second, after high school attend university to complete her physical education degree and ultimately teach at a school.

On a spring day in April 1980, two months before her high school graduation, Colette was involved in a car accident which paralyzed her. Of course, the news was shocking, but Colette dealt with things one step at a time rather than giving up. She stated, “I am going to keep moving forward, accomplishing the goals I have set out for myself.”

Determined to fulfil her goal and get into the University of Saskatchewan to study physical education in the fall of 1980, Colette remarkably found the strength and wrote the entrance tests while recovering in the hospital. Breaking barriers, she became the first person with a disability to graduate from the University of Saskatchewan’s College of Physical Education degree program. Later on, she obtained her teaching degree as well.

On her 19th birthday, Colette created a plan to resume her life as an athlete as she was still passionate about competitive sport. With this renewed focus, Colette’s life as an elite athlete was not over; it was just beginning!

Almost immediately, Colette began wheelchair training and racing. By 1992, Colette more than hit her stride as she won two medals at the Paralympic Games in Barcelona. Her success did not end here but launched her towards winter sports and what would become her passion, sit-skiing. Instead of relying on the strength of your legs to move you forward, sit-skiing relies on the same upper body strength and aerobic capacity as wheelchair racing to move you forward along the snow. Once again, Colette accomplished the impossible, moving forward in this pursuit and becoming one of the best in the world.

From the wreckage of her car crash to reaching the pinnacle of success on the Paralympic stage in both summer and winter sports, Colette turned her tragedy into triumph, becoming a world-class athlete and one of the most successful Paralympians in the sport’s history.

Colette lives by the philosophy, “Life is 10% what happens to you and 90% how you react to it.” Her courageous, triumphant, and remarkable story will forever provide people with the shining example of what is possible, even in what might be the most challenging of circumstances.