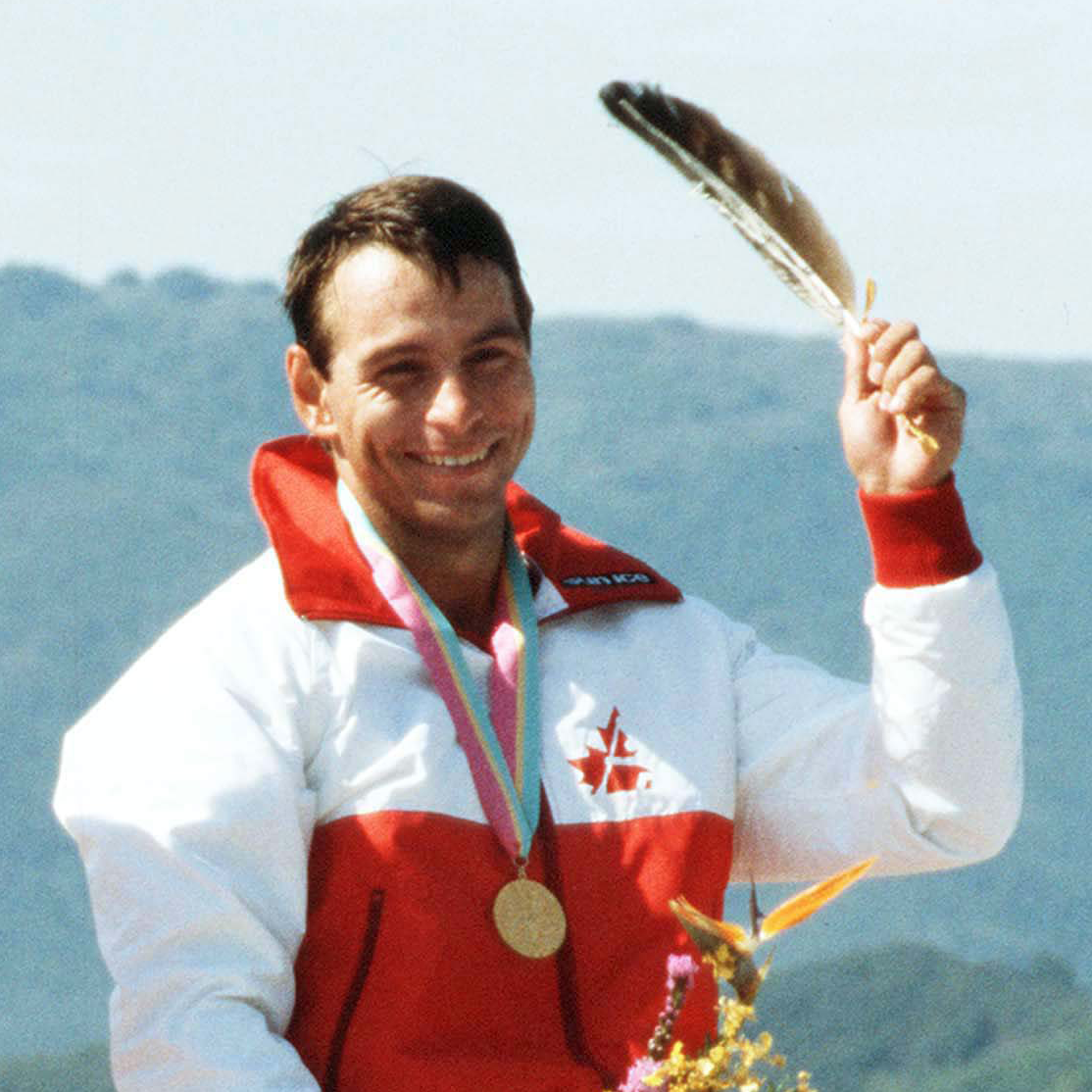 All athletes compete and participate in sport, but very few transform it, bringing about a new level of achievement of excellence that has never been seen before. Few would argue that Roger Bannister, the first man to break the four-minute mile, and Michael Jordan, basketball superstar, took their respective sports to new heights.

In a similar fashion Alwyn Morris, a member of the Turtle Clan from the Mohawk Nation of Kahnawake, not only raised the bar in competitive canoe-kayak sprint, his Olympic Gold medal performance inspired a nation and made him one of the most influential Indigenous athletes of all time.

As a youngster, Alwyn grew up under the strict guidance, supervision, and mentorship of his grandparents. Alwyn and his grandfather’s relationship was very special. When Alwyn’s grandfather, Tom Morris, became ill, he moved in with them to help with his care. In his day, his grandfather had been a strong and prominent athlete. He was in every way Alwyn’s role model, teacher, and inspiration to him one day becoming an Olympian. Alwyn Morris brought this Eagle Feather to the 1984 Olympic Games in Los Angeles, raising it on the podium after his Gold Medal win with partner Hugh Fisher in the K-2 1000m event.
Courtesy of Alwyn Morris

Alwyn did not see himself kayaking professionally; he grew up playing different sports like ice hockey, lacrosse, and baseball. Although Alwyn showed great drive and determination in these sports, he was considered physically too small to succeed. Alwyn did not take his first steps towards his Olympic dream until a rowing club opened near his home. From the beginning, he fully dedicated himself to the sport, even while others were repeatedly telling him that his effort would not amount to anything. Despite this discouragement, Alwyn believed he could be a champion and more importantly, his grandfather did too.

In 1975, Alwyn’s hard work really started to pay off when he won his first Canadian National Junior Championship, which led to an invitation to compete for a spot on the Canadian Olympic Team. Though he was unsuccessful in making the team, this experience further motivated him to get the best training possible. This meant leaving his home, family, and friends and moving across the country to Burnaby, British Columbia. It was on the west coast that he would meet his future Olympic canoe-kayak sprint partner Hugh Fisher and where Alwyn came face to face with a sign of true inspiration.

Historically, members of the Turtle Clan have a close relationship with the land, the water, and reverence for the animals that live by them. Alwyn and Hugh often noticed a bald eagle high in the sky that seemed to watch over them as they paddled along the course during training sessions. It was such a profound experience for Alwyn, serving as a reminder of the hard work they were doing while also reminding Alwyn of his Mohawk heritage, his grandfather, and where his journey as an athlete began.

Before Alwyn got the chance to be a true Olympian, his grandfather passed away. Instead of this tragedy slowing them down, Alwyn pushed harder than ever to reach his dream.

Alwyn realized his dream at the 1984 Olympic Games when his team defeated the fiercely competitive German team to win the Olympic Gold medal. It was a touching moment for all Indigenous people to see Alwyn standing on top of the podium and even more touching as he raised in his left hand, high in the air, an Eagle Feather to commemorate his grandfather and serve as a proud tribute to his Mohawk ancestry.