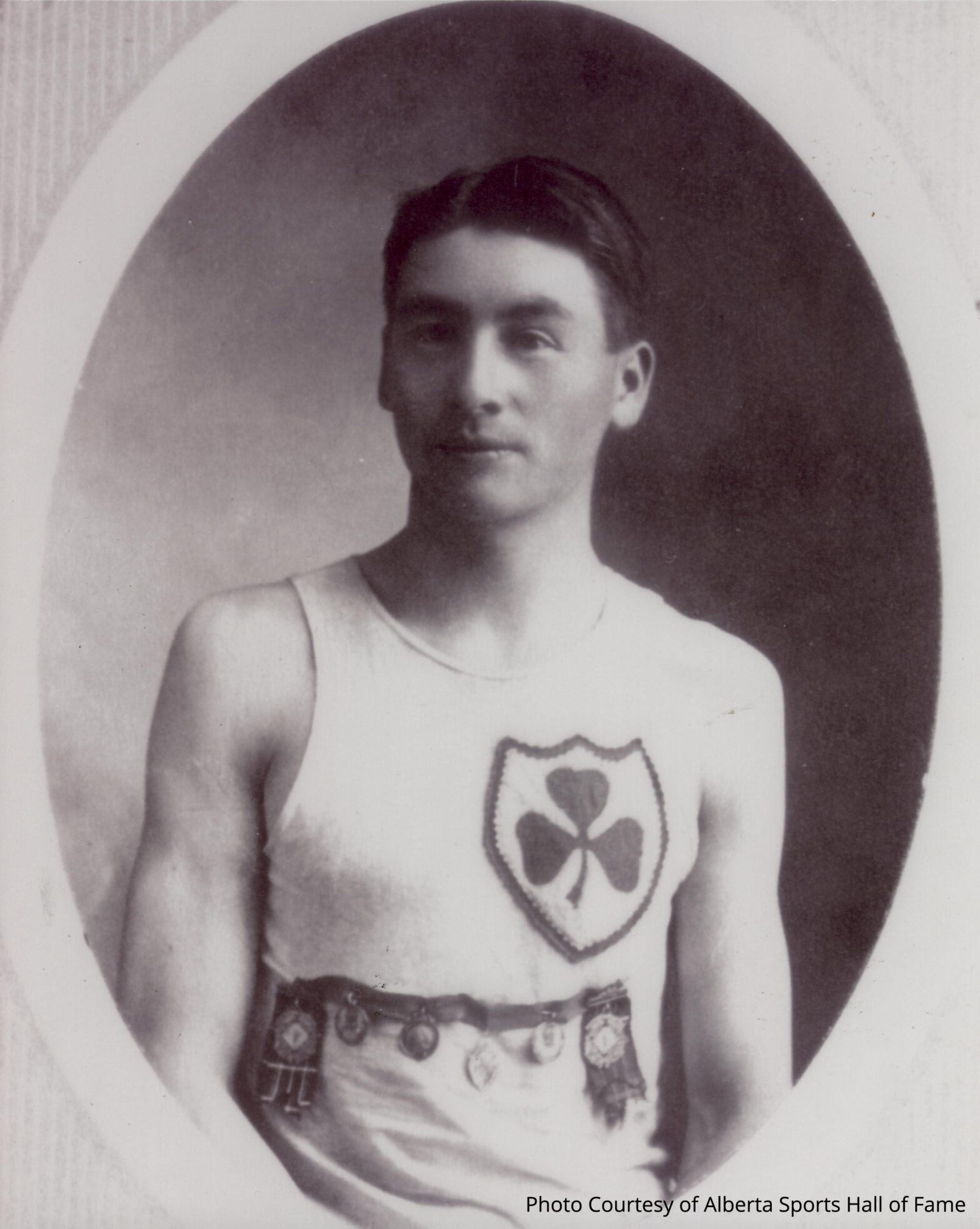 Alex Decoteau was an outstanding athlete with an incredible record of achievement after his move to Edmonton in 1908. The first record of his running skill surfaced when he placed second in a one-mile race in Fort Saskatchewan in 1909. Alex went on to win a five-mile competition at the Edmonton Exhibition on June 29, 1909 setting a new record of 28:41. Two days later, in Lloydminster on July 1, 1909 he set another record in the five-mile event of 27:45.2.

Career highlights included: winning first place in the 1910 Fort Saskatchewan ten-mile race with a time that was eight minutes faster than his nearest competitor; being crowned the “Champion Runner of Alberta” after winning the half-mile, one-mile, two-mile, and five-mile races in Lethbridge on July 1, 1911; placing sixth in the 5,000m Stockholm Olympic Games and being presented King George V’s gold pocket watch after winning a five-mile race during the First World War in Aldershot, England.

Above his athletic accomplishments, Alex Decoteau became the first Indigenous police officer in Canada to work for the Edmonton City Police. He made the ultimate sacrifice for his country just shy of his thirtieth birthday when he was killed by a sniper’s bullet at the Battle of Passchendaele in 1917.